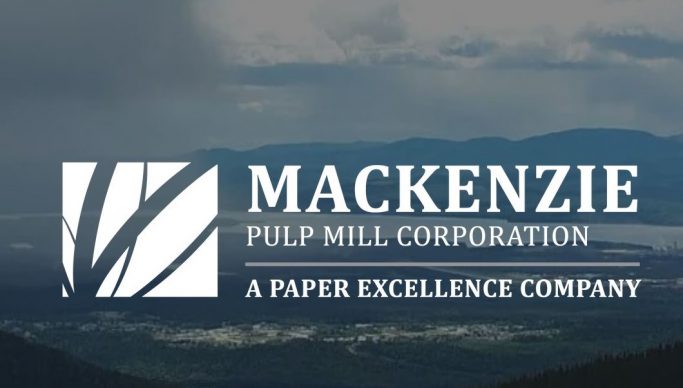 MACKENZIE — Another blow for the forestry sector as Paper Excellence has announced the curtailment of operations at its pulp mill in Mackenzie.

In a news release, the company says it’s targeting the curtailment to begin the final week of this (June) month.

“Paper Excellence has substantially invested to improve mill operations since acquiring the Mackenzie facility in 2010. Despite best efforts by the company and its committed team of employees in Mackenzie, the COVID-19 global pandemic is having negative impacts on pulp markets creating conditions that no longer support the on-going operation of the mill.”

The company adds that the deep fiber shortage in B.C. and the Mackenzie region have affected the mill’s competitiveness.

“This shortage was exacerbated by the recent curtailment of sawmills in the Mackenzie region dramatically reducing economic fiber availability.”

The curtailment will affect 253 employees though the company says its priority is to “support” all those affected by the curtailment.

“Where possible, it is hoped some offers of secondment can be made to some of its other facilities across Canada.”

The company adds that a small team of employees will provide around the clock security and monitoring.