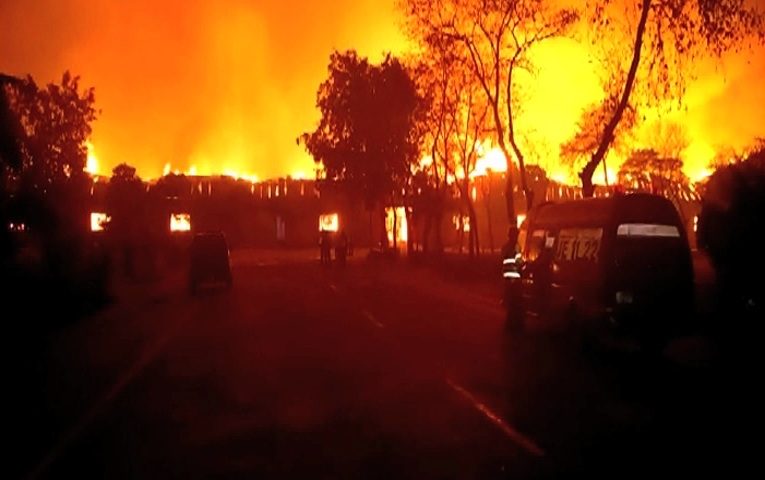 KASUR: At least two people were killed and a dozen others sustained burn wounds when a fire erupted in Bulleh Shah Paper Mills in Kasur.

The fire which broke out on Wednesday evening is still raging with full intensity after the passage of more than 13 hours. According to sources, 30 fire brigade vehicles along with 55 firefighters are busy in operation to bring the fire under control.

Due to the intensity of the fire brigade and rescue teams from Lahore and Okara have also been called in to participate in the operation.

DG Rescue Punjab Dr. Rizwan also visited the site and reviewed the arrangements and rescue operation. He said that it may take two days to bring the fire under control which has spread to a vast shed of the paper mills.

He said due to the presence of paper in large quantities in the factory it is taking time to douse the fire.

The dead and injured have been shifted to hospital.